What gets wet has to dry. There are no electric dryers in Haiti! Wash gets started early so it has a chance to dry by evening!

The work was hard, but they dug right in. They kept asking for more of our stuff to wash!

After breakfast, Trinity and I got to wash our own clothes with two Haitian ladies on the porch, luckily not in the river like most Haitians have to. Three large tubs were lined up; one for soapy water, one for rinsing, and the other one for wrung out clothes ready to go on the line. That was an experience! One Haitian lady gave me the job of rinsing the clothes and I rinsed for about an hour or more. We were amazed how hard they scrubbed the clothes and what work it was! Later we took the wrung out clothes to hang them to dry in the sunshine.

This was yet another opportunity to interact and make conversation and use our language skills. Another lady told me she has two daughters, actually had three but one got sick and died at 1-1/2 yrs. of age. She also told me she currently had a very bad toothache and that she was in pain. I told her to go see a dentist and she responded, “Pa lajan.” (No money) My heart sank. The lady had only a few teeth left in her mouth that I could see. She was headed to having no teeth left like the other lady that I was washing clothes with. She told me they were pulled out by a doctor. I was saddened and bothered. So many are so poor and there is not enough money to get cleanings or have cavities fixed. 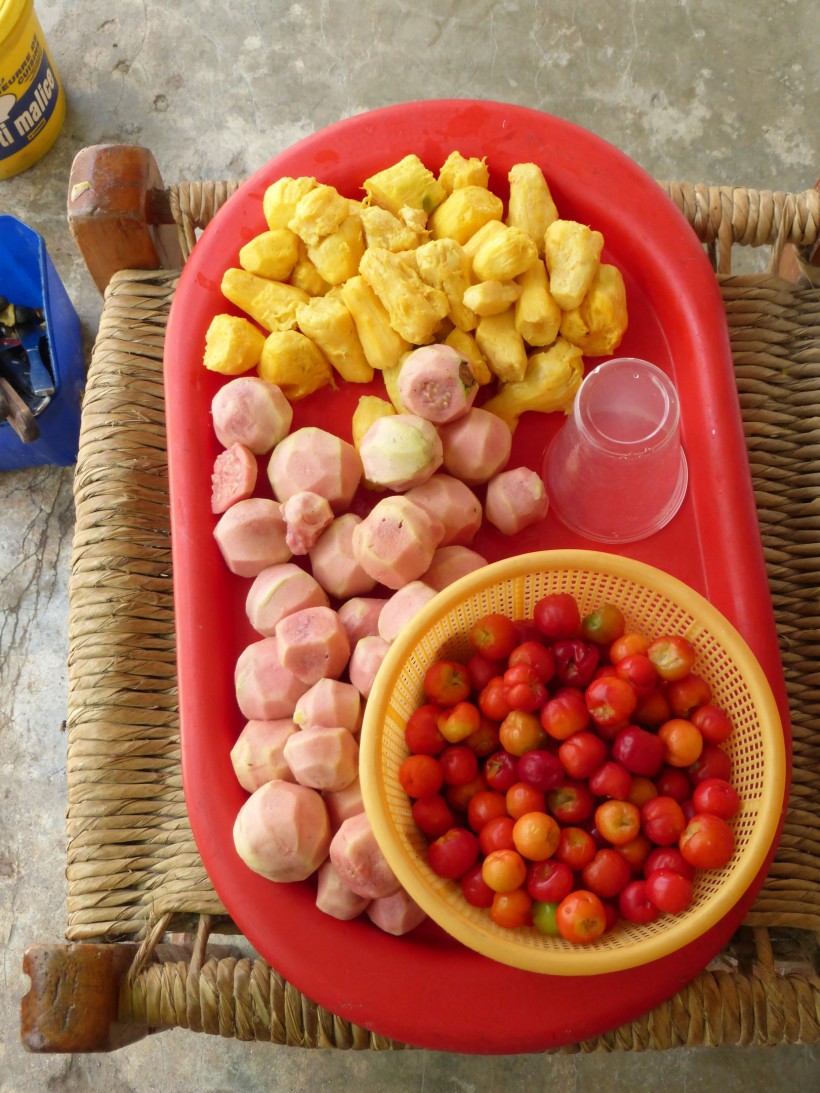 Next up was canning jelly! They are using cherries, Haitian apples and another fruit here. 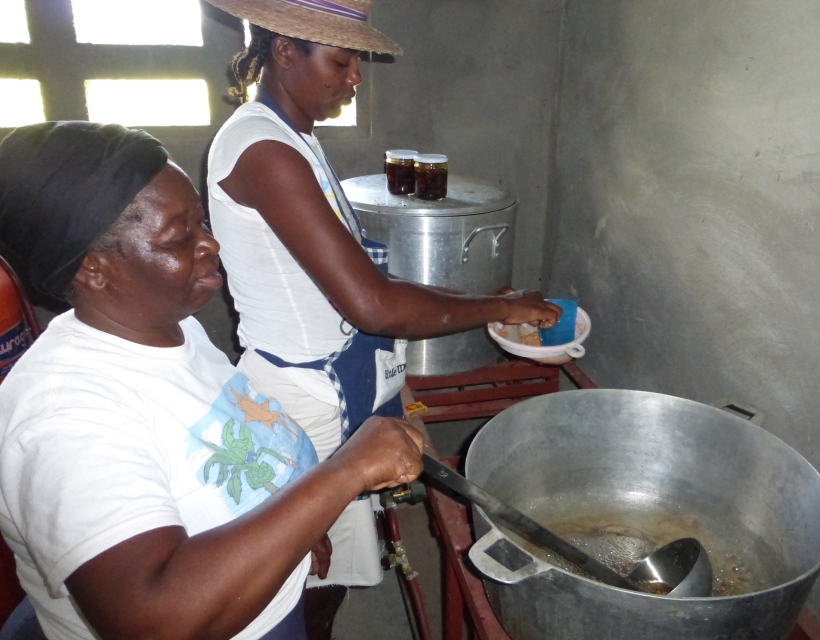 They have obviously done this before! 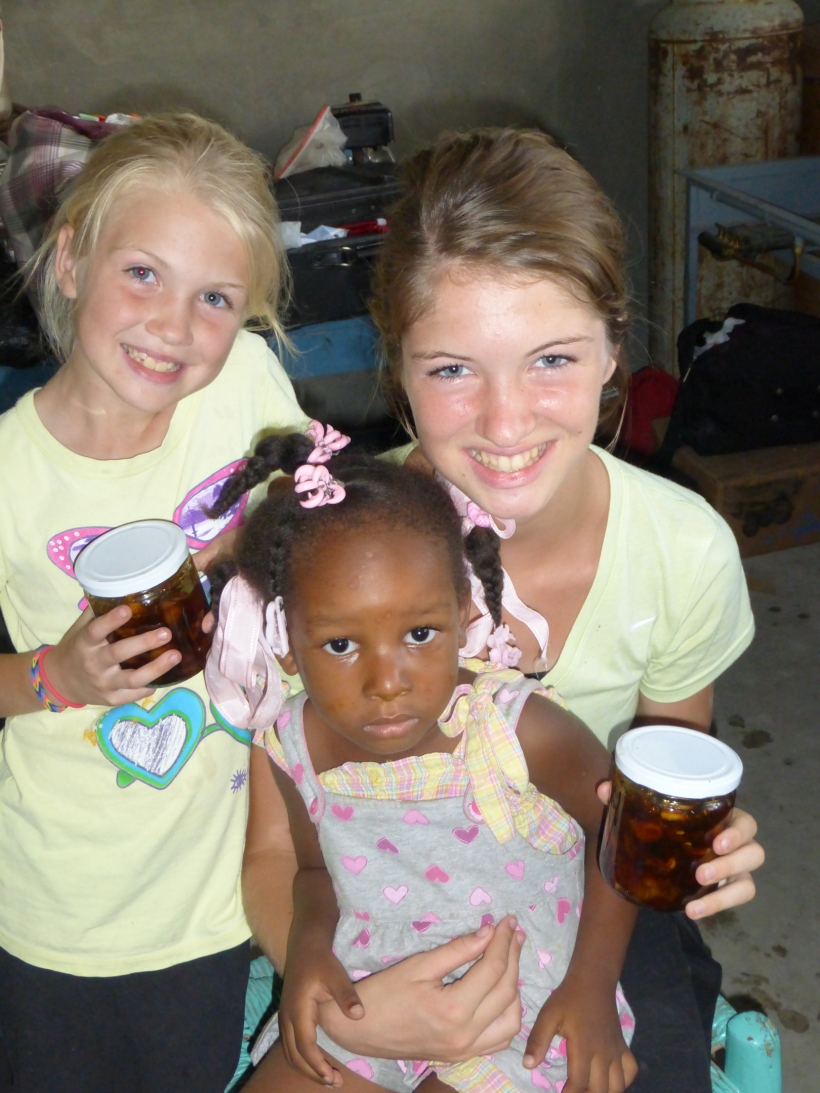 They gave all the finished product as a gift to us!

After the afternoon of canning a Haitian-style jelly (half sugar!), the neighbors and church folks started coming by to say good-bye since they knew we would be leaving after breakfast the next morning. We took group photos in the church in the evening and also enjoyed some time together.

The Pastor and some of his extended family. We never did figure out who was who. Their one son is on the left.

Grant made some great friends (this man and his wife have already visited us!) 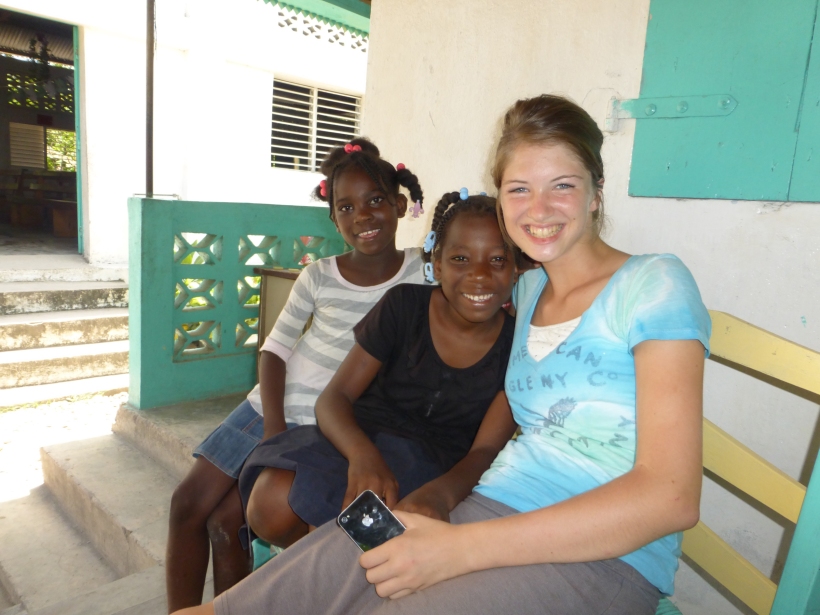 No surprise, in the morning several came after breakfast to say goodbye again. The house started to fill up. Suddenly Brent and Sean also appeared to take us back home and we found ourselves standing in a circle holding hands in prayer. Then they really prayed and worshipped as we sang a farewell hymn! Many hugs followed as we packed the Toyota and then piled in with all our stuff. It was a blessing to realize we had arrived as total strangers and now were leaving with many new friends. There were so many stories and memories to recount on the way home! 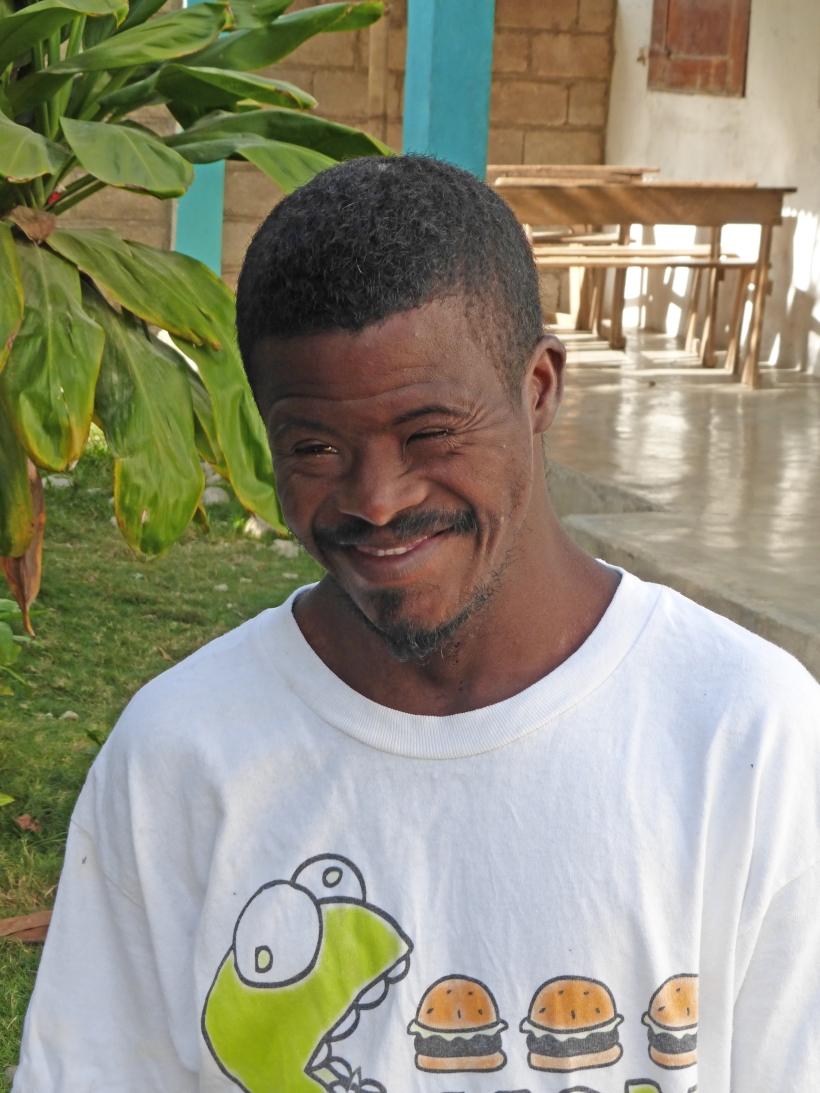