Sharing the gospel with young Haitian believers; David Brown is on the far right!

Does Child Sponsorship really make a difference in a child’s life? This is a valid question to ask and it deserves an answer. We will begin sharing some examples of how Child Sponsorship has personally affected young people in Haiti. We hope to make this an ongoing series as we continue to make friendships with many here! 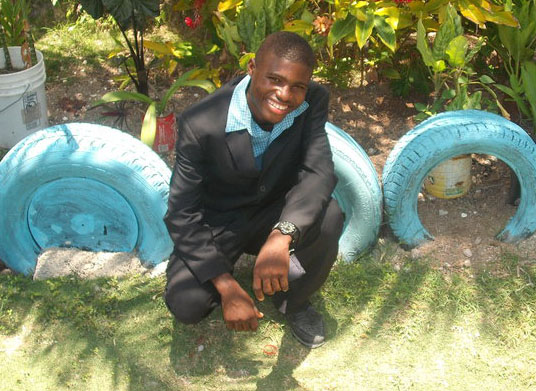 David Brown has a big smile to match his big heart!

David Brown: evangelist and youth leader
David is from our town of Simon and currently lives in a simple room in his aunt’s house right beneath our hill. He lives right beside his church, and we can often hear the services from his church going on from inside our house! David’s education was sponsored by Brent Hodel from Roanoke, IL, and he graduated June 2016 from the 13th year (Philosophy) at the age of 24. Because Brent came on many work teams over the years, he and David have a nice friendship.

David was extensively mentored by Joan Reinhard. The advice she gave him from God’s Word had a huge impact on his life. By his own admission, David made a huge change when he came to the Lord as his Savior and found forgiveness for his past sins. His thankfulness for his salvation has propelled him into full-time Christian service! We are privileged to disciple David in God’s Word and to labor together to advance God’s Kingdom.

David is easy to write about and the list of what he is involved in is huge! Because he loves the Lord and has a heart for the Haitian people this love motivates David like no other here we have seen! He has been instrumental in two visionary projects that are currently under construction: a home for 16 orphans where he intends to live as a houseparent, and a school for very poor area students. The home was purchased and is almost renovated. He is building a security wall around it as funds are available. Classes are being held on the porch of the home until the school is built. He has broken ground this summer for the construction of two classrooms, and is trusting the Lord for additional funds to complete it. (If anyone is interested in helping let us know!) 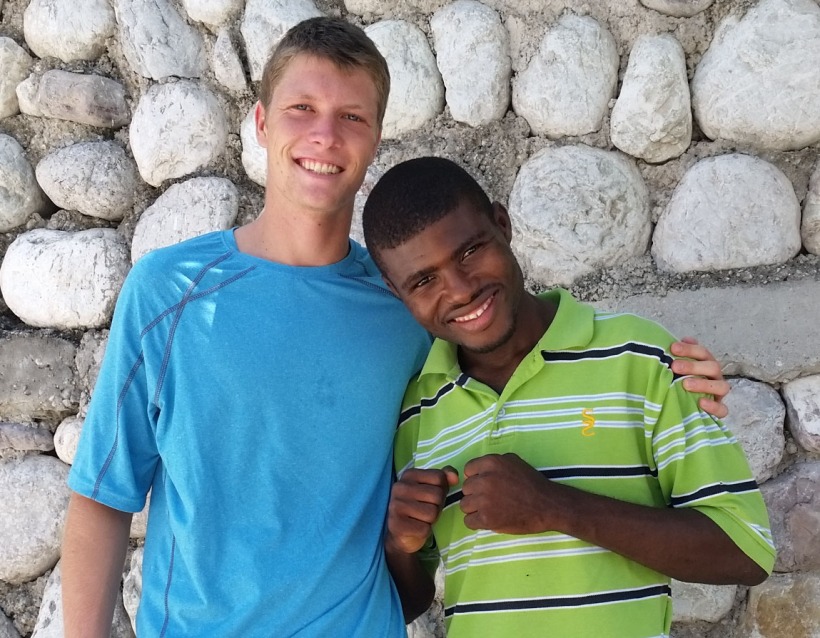 David is a frequent visitor at our house!

David is the president of his church youth group. David also runs a Bible School at his church every Saturday for about 30 area kids; we help provide a simple meal. David loves to evangelize and teach others. Because of his connections he is well aware of who needs Bibles. We can trust him to get the Bibles we have to new converts and the neediest people.

David has a pretty good command of English. Because of this he is now taking a one-year cruise course in an English school in Les Cayes. His plan is to get a job on a Caribbean cruise ship to fund his building projects. We love his vision to advance God’s Kingdom!

David is always thinking of others and how he can help! What a motivated guy! But without a sponsor and the proper education, he would not be the real success he is today by God’s grace. 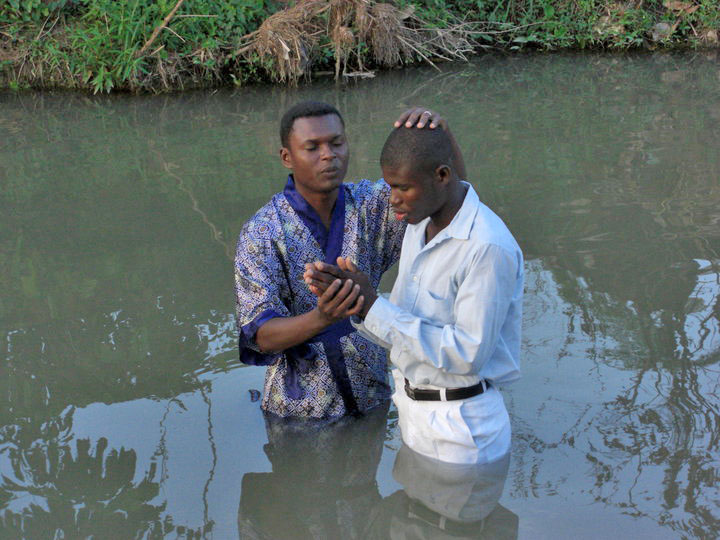 From David’s facebook page, here is a photo of his baptism in 2010.

David praying with the group before going on the streets to share the gospel. 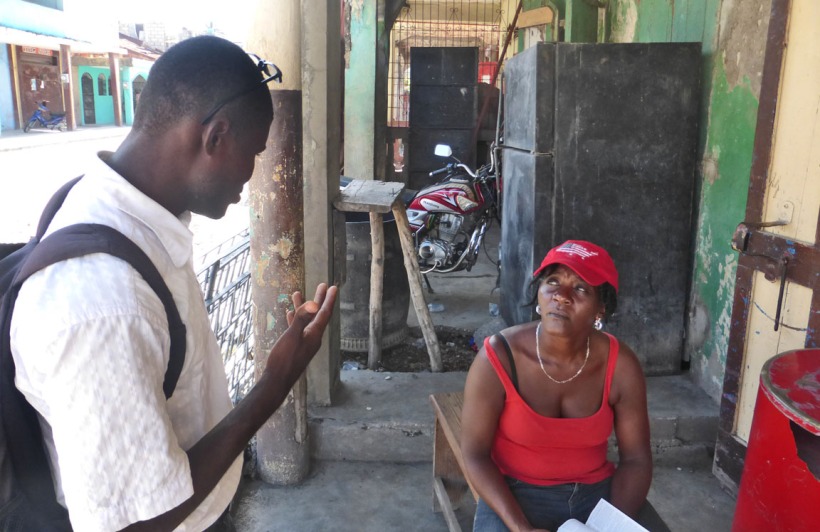 David has a real heart to proclaim that gospel message!